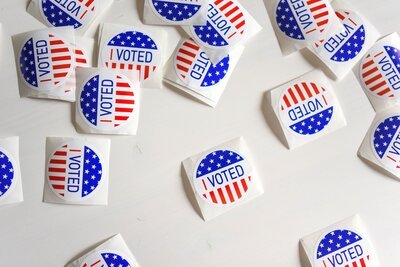 As Pennsylvania native Joe Biden steps into the White House as the 46th president of the United States, millions are reeling from a temperamental election. Because society and the economy remain uncertain, the election is an added stressor to already-fatigued coping mechanisms.

Those recovering from election-related depression don’t have to succumb to a tired brain. Instead, individuals can cope with post-election blues by pinpointing the root problem and taking the healing process a step at a time.

The Impact of the Election on Well-Being

Tired brains are hardly functional ones. An increase in stress restricts blood flow to frontal-lobe executive functions, limiting the ability to:

Election depression is nothing unfamiliar—most Americans will feel fear after an election. While most fears are justified, not every threat is valid. People become motivated to seek control elsewhere; in interpersonal relationships, household tasks, and careers.

How to Cope with Post-Election Anxiety

Combatting depression isn’t an overnight process. Like every emotion, depression and anxiety require ample time to process. As the nation continues to fight the ongoing pandemic, consider the following self-help tools to overcome post-election fear.

Social media functions on instant gratification. Censor news when it becomes overwhelming—or stay off the likes of Facebook and Twitter altogether.

Disengage with “trolls” or insatiable social media users. While the Internet is an excellent way to gather information, it’s also home to inaccuracies, fakes, and polarized thinking.

Though social distancing measures remain intact across most states, connecting with loved ones is as easy as the scroll of a mouse and tap of a touchscreen. Don’t allow social isolation to aggravate negative feelings. Connect with a family member or schedule a virtual appointment with a 24/7 therapist.

Bridging political differences with strong-willed individuals can appear impossible—in most cases, it typically is. Being on the losing side of an election can create governmental distrust and overall dissatisfaction.

However, there’s no need to create extreme polarization. Accept the changes as they come—exchange discourse with a political group that encourages diverse engagements through structured conversations.

Involvement doesn’t have to begin today—but it will eventually. Elections are the starting point of a comprehensive policy making system. Get involved by attending a protest, becoming part of a political discussion group, or contacting elected officials.

Involvement is empowering and can alleviate thoughts of hopelessness, aimlessness, and insignificance.

More often than not, an election is going to be unsavory. Hurt tends to sideline one from politics but also fuels a desire to become involved. Always share urgent ideations with a medical professional—never bottle it up.

Manage stress and anxiety with licensed experts at Therapy24x7, home to some of the best therapists in NYC. Begin your stress management journey with specialists who care. Book an online appointment to begin your journey towards healing.